How to mass culture iPSCs in suspension 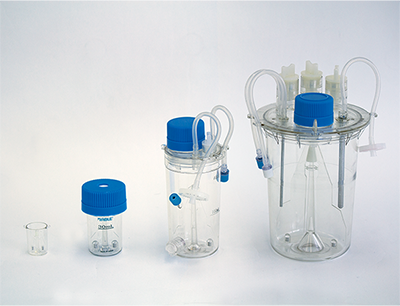 Induced pluripotent stem cells (iPSCs) have the potential to revolutionize the fields of drug discovery, disease modelling, personalized medicine and regenerative medicine [1]. iPSCs have the capacity for continuous self-renewal and differentiation into several different cell types. At the same time, they also do not face many of the ethical challenges faced by human embryonic stem cells [2].

In order to fully realize the potential of iPSCs for many of the above applications, there is a requirement to generate a vast number of cells; hence, an effective method of mass culture of iPSCs is highly sought after by iPSC researchers.

Why is iPSC Mass Culture important?

It is estimated that to replace disease-induced loss of hepatocytes, pancreatic β-cells, or cardiomyocytes, approximately 1–10 × 109 functional cells per patient are required [3]. For production of iPSC derived blood “in vitro blood”, even higher amounts (approximately 2.5 × 1012 red blood cells) are required per patient in transfusion medicine [4].

Moreover, for drug discovery applications like high-throughput screening (HTS), many iPSCs are needed because iPSC-derived cells are seeded in multiwell plates and handled via automated systems. Such systems often achieve throughput rates of the order of 10,000 compounds per  assay per day [5] making scale-up of iPSC production a major barrier

Therefore, with some exceptions, most 2D iPSC culture techniques require almost daily media changes, which is quite cumbersome.  To generate larger numbers of cells, ‘scale-out’ of the 2D approach is often used by multiplying culture dishes or by using multi-layered flasks; hence, the 2D approach is relatively cost-, space-, and labor-intensive [3].

In contrast, using a small benchtop 3D suspension bioreactor system such as the ABLE Biott bioreactor allows process ‘scale-up’ without ‘scale-out’ [5]. This enables the mass culture of the same amount of iPSCs using far fewer plates and culture media, without the necessity of external matrix supplementation and with less frequent feeding.

The dynamic suspension cultures facilitated by the ABLE Biott bioreactors promotes the control of iPSC aggregation,  avoids the formation of gradients by supporting homogeneous distribution of cell culture components, and  improves the transfer of gases and nutrients into cells/aggregates, hence facilitating mass iPSC cultures at relatively high cell density [7]. This helps cut down on the cost of cell culture media and matrix, while saving space in the lab and reducing hands-on time. For example, one 30ml ABLE Biott bioreactor enables expansion for up to 5 × 107 cells; approximately equivalent to cell yields from ten 10 cm culture dishes or ten 6-well plates.

The growth of iPSCs in 3D spheroid suspension culture closely resembles embryoid body structures naturally formed by embryonic stem cells. It is considered that cultivation in suspension culture based on matrix-free cell-only aggregates may be a closer match to human embryonic stem cells’ “in situ niche” [3] i.e., equivalent to the inner cell mass of the early human embryo at the blastocyst stage from which these cells originate [8]. 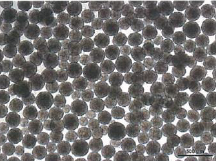 Human iPSCs (cell line 1231A3) grown in StemFit™ Medium, demonstrating the consistency of spheroid sizes after 4 days cultivation in the ABLE 3D Disposable Bioreactor at 40 rpm.

ABLE Bioreactors come as a plug-and play system, which includes a controller and motor, a stir system base and disposable bioreactor vessels of various capacities i.e. 5 ml, 30 ml, 100 ml and  500 ml. Multiple disposable bioreactor vessels can be set up on a single plate at one time. In order to scale up your iPSC cultures depending upon the cell numbers needed, one can:

Step 1: Culture your iPSCs to confluency in a 10 cm plate, and then transfer them into the smallest culture vessel size.

Step 2: Once your iPSCs are confluent, move them into a larger culture vessel

Step 3: Finally, your cells can be transferred into the largest bioreactor culture vessel

Scale-up of iPSC cultures using the ABLE Biott 3D suspension bioreactor offers a more cost-efficient, space-saving, and labor-saving alternative to the scale-out approach with 2D cultures. To know more, download our free brochure, or watch the video below to find out more. 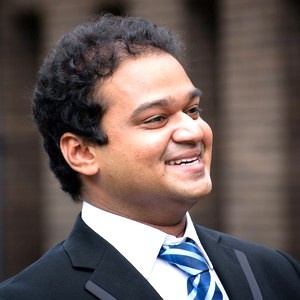