In this issue, we highlight how CRISPR-Cas9 has advanced beyond a tool for disease modeling and how it has rapidly emerged as a universal cell therapy candidate since entering its first clinical trial.

CRISPR-Cas9 has emerged as a powerful technology for generating disease-specific models, allowing the discrimination between the effects of causative disease-causing mutation and genetic background of the cells, which would have been otherwise impossible when using human induced pluripotent stem cells (iPSCs) alone.

Many studies have described the use of CRISPR-Cas9 in iPSCs to precisely pinpoint the molecular mechanisms underlying inherited diseases and to encode causality of disease phenotype.  To achieve this, gene mutation is introduced to iPSCs and the iPSC mutants are differentiated to specific cell types, from which genome wide association analyses can be performed to detect the changes in certain signaling pathways and downstream targets.  However, iPSC cell lines derived from non-mutation carriers may not be the ideal control, as genetic variation of donors can be a large contributor to molecular and phenotype heterogeneity in iPSC lines.

By first deriving an iPSC line from a patient carrying the gene mutation, gene-corrected iPSCs can be generated from this line by substituting the mutation with the wild-type sequence, creating isogenic control that would serve as an ideal control to study pathological cellular phenotypes related to that disease. CRISPR-Cas9 has enabled the creation of isogenic iPSC lines representing a wide array of diseases, including neurodegenerative conditions such as Alzheimer’s, Parkinson’s and inherited retinal dystrophies, as well as rare genetic disorders, including sickle cell anemia, cleidocranial dysplasia and lysosomal storage disorder.

The combination of CRISPR and iPSC models is therefore powerful: machine learning on big data can be harnessed and adopted across pharmaceutical industries, transforming patient-first drug development approach through artificial intelligence (AI) and precision medicine.  In the context of precision oncology, data stratification of newly identified drug targets, biomarkers and determinant of drug resistance could redefine a new era of personalized cancer treatment.  Fast forward, CRISPR-Cas9 is also transforming the field of gene-modified cell therapy, moving on the fast track towards clinical use for in vitro, ex vivo and even in vivo correction of genetic mutation in stem cells.

Along this trend, some common challenges of using CRISPR-Cas9 in iPSCs, such as low gene edit efficiencies, potential off-target effects as well as cumbersome selection and clonal expansion analysis will need to be addressed in order to make scalable CRISPR more accessible for cell therapy applications. By combining rational design of the targeting strategies that include using appropriately design of gRNAs to achieve efficient gene edit devoid of off-target mutations with optimal transfection and identification of gene edit percentage prior to clone selection, it is now possible to achieve a ratio of biallelic knock-in (KI) iPSC clones as high as 40%. Similarly, we have successfully generated ~33% biallelic and 26% monoallelic KI clones in CRISPR edits involving single nucleotide polymorphism (SNP) in iPSCs.  Furthermore, for large fluorescence marker insertion, we have also achieved up to 88% of green fluorescence protein (GFP) KI, half of which are biallelic KI clones.

Clinicaltrials.gov database listed more than 25 active studies that are testing CRISPR-Cas9 as treatment for a broad range of diseases including beta thalassemia, sickle cell disease and blood cancers, while many more biotech and pharma are actively developing gene-modified cell therapeutic pipelines.  Amongst these exciting trial updates, the first CRISPR clinical trial ever conducted (in China) has revealed the eradication of HIV following transplantation of CCR5-deficient hematopoietic stem cells [1].

Chimeric antigen receptor T-cell (CAR-T) and mesenchymal stem cells (MSC) are leading the way in advancing cell therapies in preclinical and clinical studies.  Most of these clinical trials to date, utilizing autologous stem and immune cells expanded ex vivo is often hampered by insufficient cell numbers and poor quality of injectable cells, as well as cost and time incompatible with the treatment window for patients. In fact, cell and gene therapy developers have explored the use of allogeneic stem cells, including iPSCs aiming to rapidly generate ‘off-the-shelf’ transplantable cells that can avoid immune rejection and graft-versus-host disease (GvHD).

While rejection of infused donor cells by recipient immune system is due to the presence of human leukocyte antigens (HLA) class I on donor cells, in the case of CAR-T, GvHD is also mediated by the presence of donor-derived T-cell receptor (TCR) that recognizes the alloantigens of the recipient.  To prevent both immune rejection and GvHD, Beta-2-microglobulin (B2M) that is required for HLA class I expression and TCR can be targeted.  Importantly, by disrupting PD1, an immune checkpoint molecule that has been implicated in cancer cell evasion, high efficiency of triple knockout of endogenous TCR, HLA class I and PD1 in CAR-T cells has demonstrated enhanced antitumor activity in vivo.  The first CRISPR clinical trial in the US has provided evidence that deletion of two genes encoding TCR chains (TCRα and TCRβ) and PD1 in engineered T-cells were well tolerated by patients and persisted for up to 9 months [2]. Taken together, safety data from early phases of CRISPR clinical trials pave the way for CRISPR-engineered cell therapies.

Thus, multiplex genome editing is undoubtedly one of the most attractive applications of the CRISPR-Cas9 in regenerative medicine, and when combined with iPSCs delivers powerful iPSC-based universal cell therapy applications. As such, Fate Therapeutics has engineered a clonal master iPSC line with complete elimination of TCR expression and a novel 1XX CAR targeting CD19 inserted into the TCRα locus.  Initial screening revealed 2% of all 747 selected single cell-derived iPSC clones met the selection criteria without random integrations and off-target modifications.  One top-performing clone (FT819) was selected for manufacturing of master cell bank (MCB) under current good manufacturing practice (cGMP), from which CAR-T cells were derived.  Phase I clinical trial for B cell malignancies is currently ongoing [3].

As a cornerstone for the evolution of precision medicine, CRISPR-Cas9 has further accelerated the potentials of stem cell and iPSCs in disease modeling, drug discovery and ultimately, cell therapy.  Last but not least, beyond genome editing of CRISPR-Cas9, other CRISPR/Cas systems have further been repurposed for more applications including epigenome editing for the study of heritable changes in gene expression patterns that are not dependent on DNA sequence changes, as well as diagnostic, including rapid detection of SARS-Cov-2 associated with the outbreak of 2019 novel coronavirus.

Find out more about our CRISPR-SNIPER gene editing services here.

Find out more about our RNA iPSC reprogramming services here. 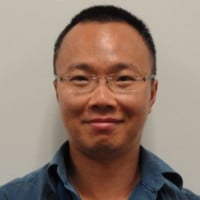